Olive Oil, Fresh Vegetables, and Wine are part of the Mediterranean Diet.

People who have scanned my blog will appreciate that I promote doing the basic things well, and most of the other problems we have tend to diminish. I do promote a diet with more fruit, vegetable, whole grains, and less meat, dairy, and egg. Alcohol, if at all, in moderation.  How much more fruit, veggies and grains? More than you are eating now. How much less meat, dairy, and egg? Less than you are eating now. No drastic changes.. just whatever you are doing…keep tweaking and you’ll get it right.

Here is a well written article that gives some more information how the simple things are often the best.

Get ’em to the Greek (diet)

It’s arguably the healthiest diet in the world. The Mediterranean diet – which emphasizes fruit and vegetables, grains, nuts and olive oil – is recognized as the gold standard for promoting good health. The diet helps guard against heart disease, certain cancers, obesity, diabetes, asthma, Parkinson’s disease and Alzheimer’s. And it’s been shown to increase life expectancy.

Now, after reviewing 50 studies conducted on more than 500,000 people, researchers say the diet substantially lowers the risk of metabolic syndrome and is highly protective against all the risk factors that cause the disorder. According to the International Diabetes Federation, a person has metabolic syndrome if he or she has a large waist circumference plus two or more of the following: high blood triglycerides (blood fat), high blood pressure, elevated fasting blood sugar (glucose) and low HDL (good) cholesterol.
Metabolic syndrome doubles the risk of heart attack and increases the likelihood of developing Type 2 diabetes fivefold.

The study, published this month in the Journal of the American College of Cardiology, revealed that those following a Mediterranean-style diet were significantly less likely to develop metabolic syndrome. What’s more, they had smaller waist circumferences, higher HDL cholesterol levels, lower blood triglycerides, lower blood pressure and better blood-sugar metabolism than folks who didn’t follow this eating pattern.

Scientists speculate the Mediterranean diet’s health benefits are due to its strong antioxidant and anti-inflammatory effects. The Mediterranean diet reflects the dietary habits of Crete, Greece and southern Italy in about 1960, when rates of chronic diseases in these regions were among the lowest in the world and life expectancy was the highest.

Low in saturated fat, high in monounsaturated fat, high in fibre and packed with protective phytochemicals, it’s primarily plant-based, with fruits, vegetables, whole grains, legumes and nuts eaten daily. Milk, cheese and yogurt are also part of the daily diet. Red meat is eaten only a few times a month, while poultry and fish are consumed at least twice a week. The diet also allows up to seven eggs a week, including those used in cooking and baking.
The principal fat is olive oil; butter and margarine are seldom used. Herbs and spices rather than salt are used to flavour foods.

While the North American diet has moved toward more meat and less fruit and vegetables over the past half-century, the Mediterranean diet is minimally processed and incorporates seasonal and locally grown foods when possible.

Use the following strategies to adopt a Mediterranean-style diet:

Have fruit and vegetables daily. These foods deliver fibre, vitamins, minerals, antioxidants and phytochemicals and should be eaten at most meals. Include whole fresh fruit at breakfast and at snacks and serve fruit salad or berries for dessert. Make sure lunch includes at least one vegetable serving such as a spinach salad, grated raw carrot or red pepper sticks. Aim to cover half your plate at dinner with vegetables.

Scale back red meat. No more than three times a month (maximum of 12 to 16 ounces a month). Instead of having a large steak, have smaller portions of meat in a stir-fry, stew or pasta dish. As a main course, limit your portion to three ounces – this fills only one-quarter of your dinner plate.

Choose healthy fats. Fats should be unsaturated. Use olive oil in cooking and baking. (Extra virgin olive oil is not suitable for high-heat frying.) Include a small handful of nuts or seeds in your daily diet. Instead of butter or margarine, add sliced avocado to sandwiches.

Drink in moderation. A moderate amount of wine may be consumed with meals. This means no more than five ounces a day for women and 10 ounces for men. Wine is optional; alcohol, even in moderation, is not healthy for everyone.

Boston, MA — Among a large group of Midwestern firefighters, greater adherence to a Mediterranean-style diet was associated with lower risk factors for cardiovascular disease (CVD), according to a new study led by researchers from Harvard School of Public Health (HSPH) and Cambridge Health Alliance (CHA). The study is the first to assess the effects of Mediterranean-style diet among a group of young, working U.S. adults.

“Our study adds more evidence showing the health benefits of a Mediterranean diet, even after adjusting for exercise and body weight,” said Stefanos Kales, associate professor in the Department of Environmental Health at HSPH and chief of occupational and environmental medicine at CHA.
U.S. firefighters are known to have a high prevalence of obesity and risk factors for CVD. A Mediterranean diet, rich in fish, nuts, vegetables, and fruits, has been shown in previous studies to lower risk of CVD. However, those studies have primarily been conducted among older people, those with existing health conditions, and among Mediterranean populations.

The researchers analyzed medical and lifestyle data, including dietary habits, from an existing cohort of 780 male firefighters in the Midwest. They developed a modified Mediterranean diet score (mMDS) to assess the participants’ dietary patterns.

The firefighter group with greatest adherence to Mediterranean-style diet showed a 35% decreased risk in metabolic syndrome, a condition with risk factors that include a large waistline, high triglyceride level, low HDL (“good”) cholesterol level, high blood pressure, and high blood sugar. The group with the highest mMDS also had a 43% lower risk of weight gain compared with the lowest mMDS group. Additionally, greater adherence to a Mediterranean-style diet was significantly associated with higher HDL cholesterol and lower LDL (“bad”) cholesterol. Consistent with previous investigations, obese participants in the firefighter study reported a higher intake of both fast foods and sugary drinks.

The study shows that promoting Mediterranean-style diets could have significant health benefits for young, working populations. “The logical next steps from our investigation are studies using the workplace to specifically promote Mediterranean dietary habits among firefighters and other U.S. workers,” said Justin Yang, lead author of the study and a post-doctoral fellow at HSPH. 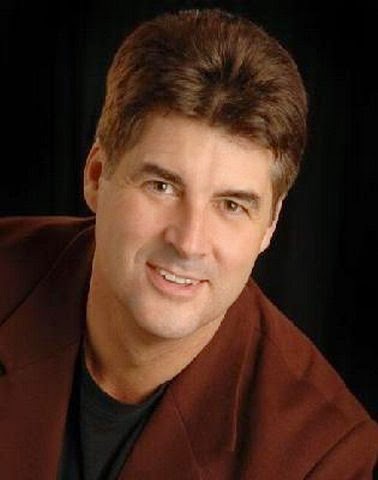